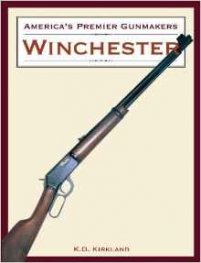 America's great gunmakers are more than industrial entities. They are centers of exacting craftsmanship and precision engineering, and they are truly living legends. American gunmakers built not only the guns that won the Wild West but the guns that won both World Wars, and which today delight demanding sportsmen the world over. In this volume of America's Premier Gunmakers you will read about: Oliver F. Winchester's Company, Winchester and the Age of Smokeless Powder, The Company's Entry Into The Twentieth Century, The Western Cartridge Company, Winchester Today, Major Browning Winchester Models and Major Winchesters Through The Years. Oliver F. Winchester was born in Boston in 1810. His impoverished youth was followed by an apprenticeship with a carpenter. By age twenty-one, he became a master builder. Winchester first invested his talent and money in the gun business in 1855, when he became one of the original stockholders of the Volcanic Repeating Arms Company. Winchester never failed to publicize the fact that its guns were the first choice of star performers, such as Buffalo Bill Cody. This semi-elitism became the hallmark of Winchester advertising. A typical example would read: "Look all the makes over, but if you are not swayed from your purpose of getting the gun with the maximum strength, safety, ease, and certainty, good shooting and good wearing qualities, you will surely select a Winchester." Carefully researched and illustrated with more than 100 photographs, this book tells the full story of Winchester firearms. 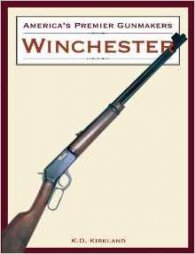