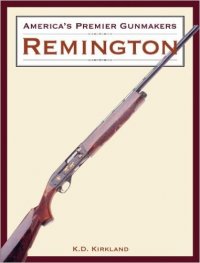 America's great gunmakers are more than industrial entities. They are centers of exacting craftsmanship and precision engineering, and they are truly living legends. American gunmakers built not only the guns that won the Wild West but the guns that won both World Wars, and which today delight demanding sportsmen the world over. In this volume of America's Premier Gunmakers you will read about: A History Of Remington, Civilian Arms, Military Arms, Remington Ammunition, Eliphalet Remington's First Gun, How Remington Entered The Arms Trade and A Glossary of Remington Arms. In 1816, young Eliphalet Remington decided that, despite his tender age of twenty-four, he could build a better rifle than he could buy. He was right. Within a few years, his fine rifle was the talk of the young United States. Hunters, settlers, soldiers-all beat a path to his door. By 1864, the Remington Company held the patent for the world's first successful breech-loading mechanism. And it didn't stop there. The pearl-handled Double Derringer favored by gamblers, the Remington .22 rifle carried by Annie "Little Miss Sure Shot" Oakley, the percussion rifles that helped settle America, Civil War muzzleloaders and the 1905 Model II, the first successful auto loading gun - all of these are part of not only the history of Remington, but the history of the nation itself. With the aid of beautiful color photographs, this volume tells the fascinating story of Remington. It is a treasure to delight any gun enthusiast, whether sportsman or historian. 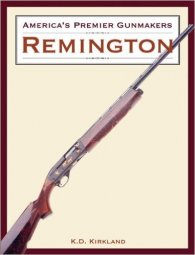