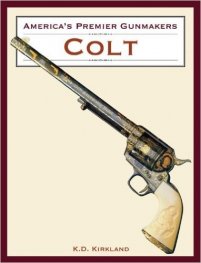 America's great gunmakers are more than industrial entities. They are centers of exacting craftsmanship and precision engineering, and they are truly living legends. American gunmakers built not only the guns that won the Wild West but the guns that won both World Wars, and which today delight demanding sportsmen the world over. In this volume of America's Premier Gunmakers you will read about: The Arms of Samuel Colt, Metallic Cartridges, Great Colts of the Nineteenth Century, The Evolution of the Modern Colt Revolver, Automatic Pistols and Rifles, Craftsmanship in the Twentieth Century and Excellence and Art. Among firearms enthusiasts, craftsmanship, quality and history have become synonymous with the name Colt. Samuel Colt's whittled prototype of the modern revolver, patented in 1836, has become part of the American Tradition, as have the company's later models; the Peacemaker ("the gun that won the west"), the Colt Army and Navy pistols, and today's ubiquitous M16 military rifle. The history of Colt is in many ways the history of America itself. The artistry and excellence of the guns it manufactured saw the country through the winning of the Wild West and the law enforcement needs brought about by the gangland violence of the Prohibition era, and Colt contributed invaluably to the war effort during World Wars I and II. This book traces the history of Colt from its nineteenth century origins, through the turbulent years that followed, to the present day. Well documented and illustrated with beautiful color photographs, this book is a treasure that will delight any firearms enthusiast, whether sportsman or historian. 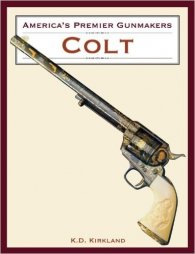